How To Record Guitar 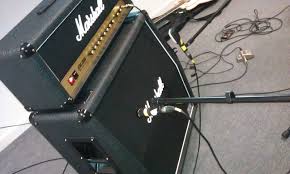 How to record guitar best depends on what you have available really and what the objective is. It’ll also depend on what you’re recording onto i.e A computer, tape or workstation. That will dictate what sorts of inputs you have and therefore whether you can use microphones or will need to use a DI box of some kind.

How To Record Guitar If You Have Unlimited Funds 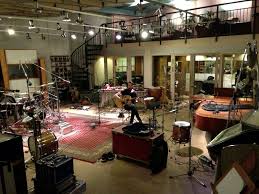 If budget is not an issue then the absolutely best way to get that big rock sound is with a number of good microphones placed strategically around the amp in a good sounding room. In that scenario you start with a great amp, a great guitar and new, stretched strings. You would place a mic in front of the speaker (the best sounding one if you have more than one) one behind the amp and one up in a corner of the room.

By experimenting with different mics and playing around with the placement you would eventually achieve several separate “images” of the overall sound which would be blended in the mix.

How To Record Guitar On A Budget

As I say – that’s how to record guitar if you have loads of cash or a record deal. Most of us though don’t have that luxury so we need to think about how to record a guitar best with far more limited resources. 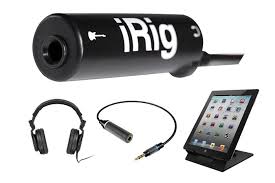 There are a couple of options. One involves microphones – but less of them – one will do actually, the other involves using a preamp or DI box of some kind. Rumour has it that Jimmy page recorded a lot of his parts using a tiny amp in a cupboard so don’t think that recording guitar with a mic is going to involve tons of volume. There are not many places you can get away with that outside of a studio anyway.

How To Record Guitar At Home

When I started experimenting with how to record guitar I used a single SM58 microphone up close to a speaker. I have a Roland recording workstation that has 8 mic inputs that was portable enough to take to rehearsal rooms. When I discovered the Line 6 Pod however I used that a lot in our little home recording studio. It sound ace and as it works on amp modelling, there is rarely any need to add additional effects afterwards.

Some workstations like the Roland have dedicated guitar channels so you can plug straight in and use the onboard amp models and effects in line. What I have found is that if you are doing DI recording its very important to have good leads, sockets and pickup switches. Digital distortion and noise is not nice!

The thing to remember, as I’ve said before, is that when you think about how to record guitar it’s all about the song. Even if you don’t produce technically superb recordings, if you manage to capture the spirit of a performance (of a good song) then it’s job done! So use what you have. These days we have all sorts of possibilities: iphones, Garage band, laptops so it’s actually pretty easy to get things done.

For some fab tips on how to record guitar or anything for that matter, get a copy of Behind the Glass – a classic book about producers and engineers. It’s a gold mine of tips of information from some of the best in the game.